A day in black and white with the Monochrom

I had to go without my favorite camera, the Leica M9, for 3 months recently while it traveled to Germany for a sensor replacement. This camera is more an extension of my body than a tool to capture a scene, so giving it up for such a long time prompted real emotional withdrawal symptoms. While painful, some good came of the experience. I was invited to be part of a team representing Leica Camera for a unique photo competition in Cape Town on April 8th. Since my camera was away for service, Leica agreed to loan me one—the M Monochrom type 246.

Amplify Studios came up with a unique concept for the photo competition event. Three-person teams representing different camera brands would run around Cape Town for a morning, solving clues on a type of photo scavenger hunt. The hunt started at 7:30am. We had five hours and thirty minutes to find and photograph four predetermined locations in the city and make it back to the studio. We then had an hour to identify and edit our team’s best two photos for the day. These were sent out to be printed, framed, and hung in the gallery  for an exhibition opening at 6pm followed by judging and announcement of the winners. The prints would be sold through a silent auction to benefit Amplify’s artist-in-residence program.

The day was a whirlwind. 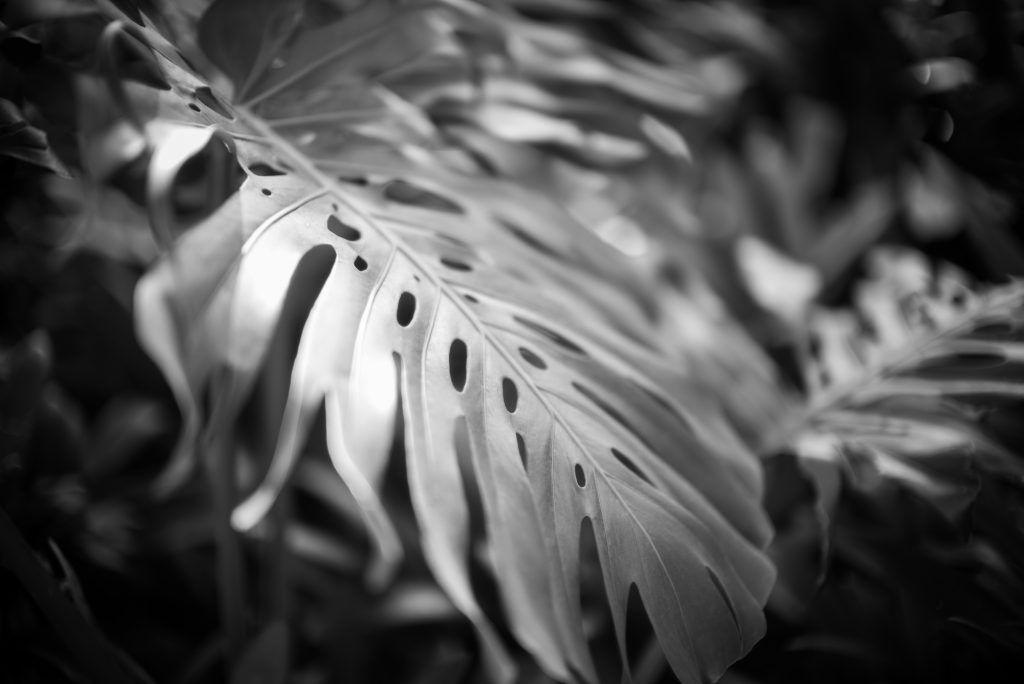 I’d never used the camera I had in hand, the M Monochrom, and as some of you might know, it has an interesting quirk. It’s a digital camera that only takes black and white pictures. Many photographers love it. Many more think it’s totally insane.

Of course, using a camera you have no experience with in a competition isn’t preferable. Learning how to get the best out of any equipment takes practice, and you’re bound to miss a few shots at first. But I thought it would be a fun challenge. The fact that all M cameras operate similarly was a real help here. Although, M cameras rely on manual settings for everything—focus, aperture, and shutter speed—once you get used to it, it’s remarkably intuitive.

Our first clue in the scavenger hunt led us to Signal Hill. That was actually wrong, so we tried again and ended up at the Noon Gun. I’d never been here before, which is a surprise, because with all its crumbling military infrastructure, it’s a fun place for photographers. 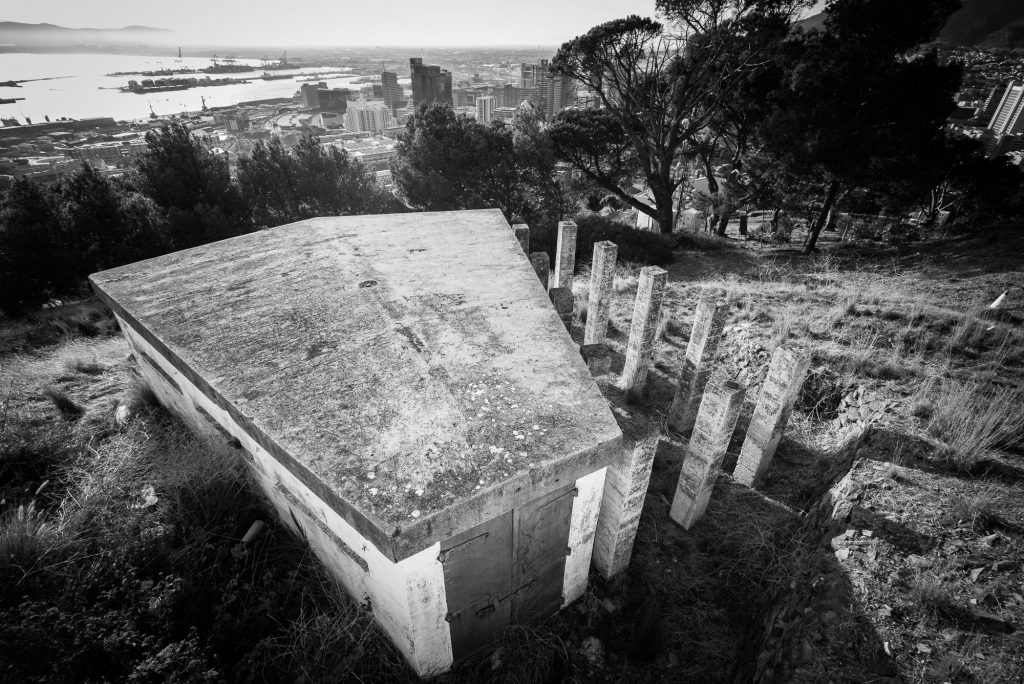 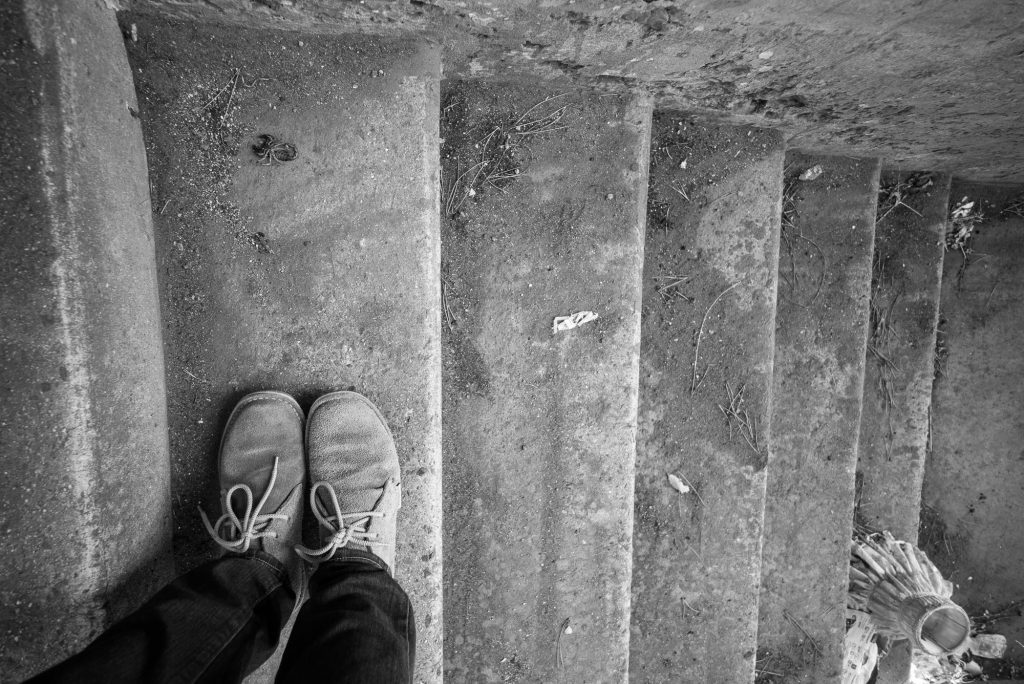 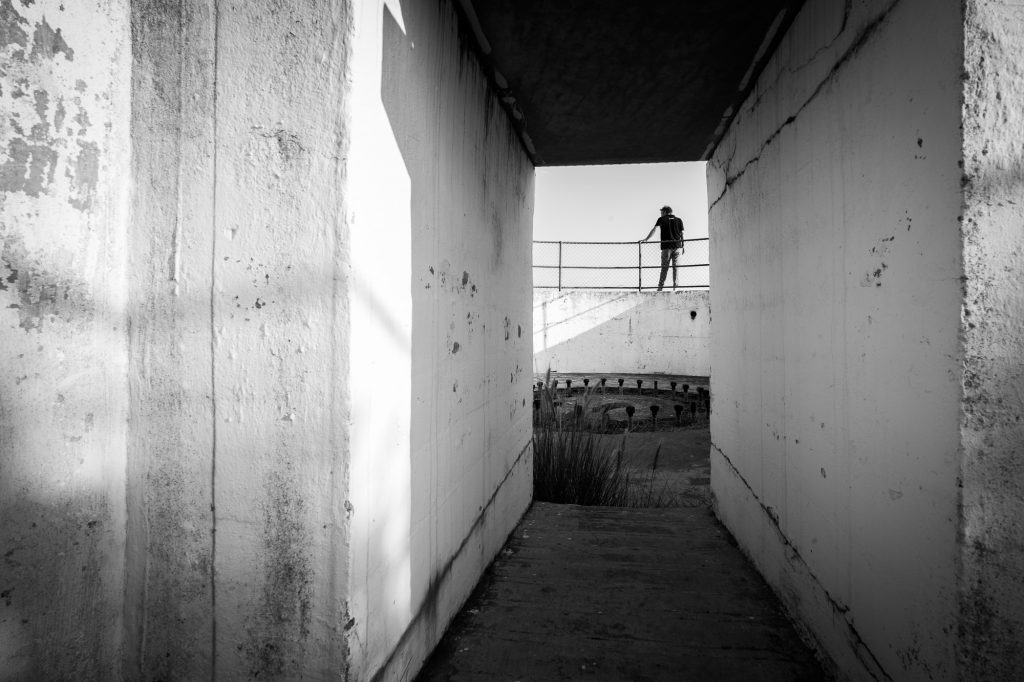 The second clue was even harder and totally stumped our team of three. Eventually, we accidentally stumbled on the third clue location, an old well in the Company’s Gardens. We met plenty of squirrels, interesting plants, and eccentric human characters inhabiting the garden. 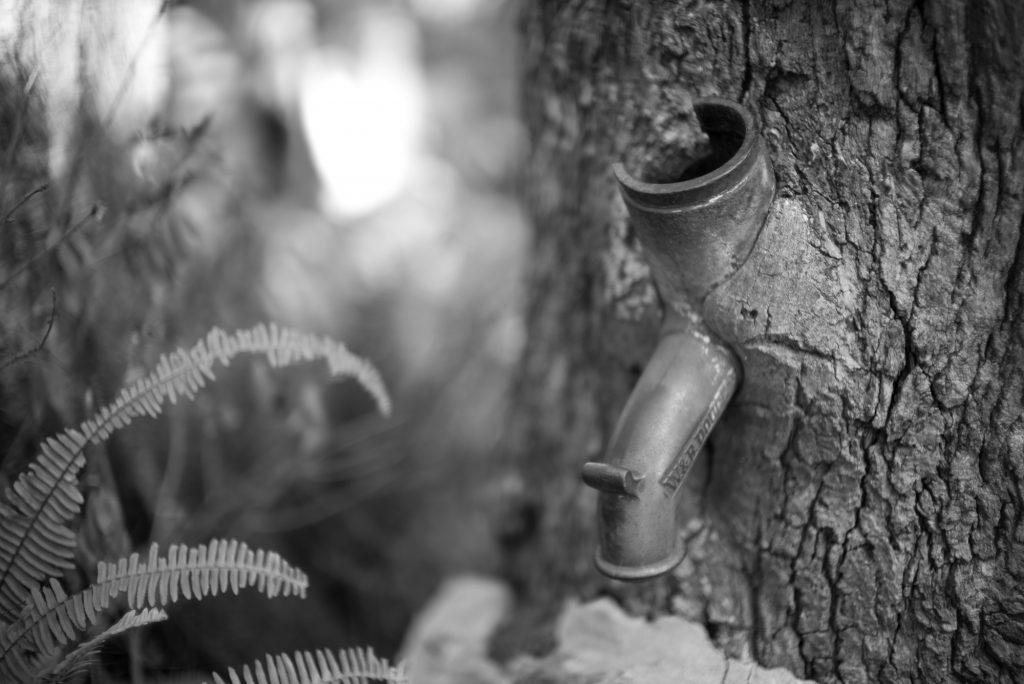 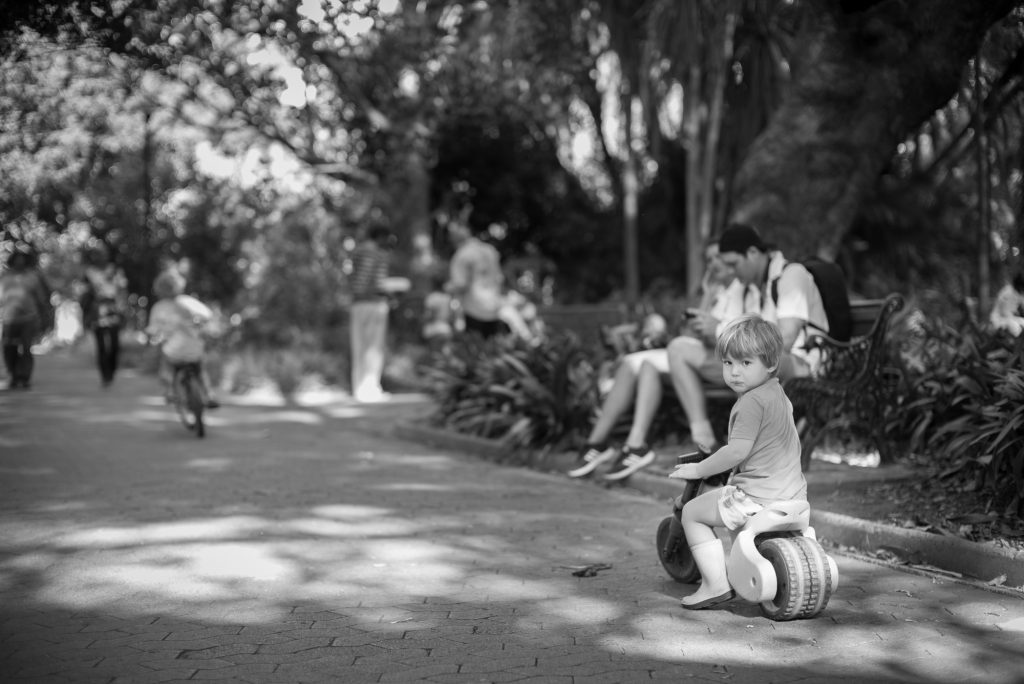 A follow-up to the second clue helped us find it—Erf 81. Home of an artist colony/orphanage/market of sorts. 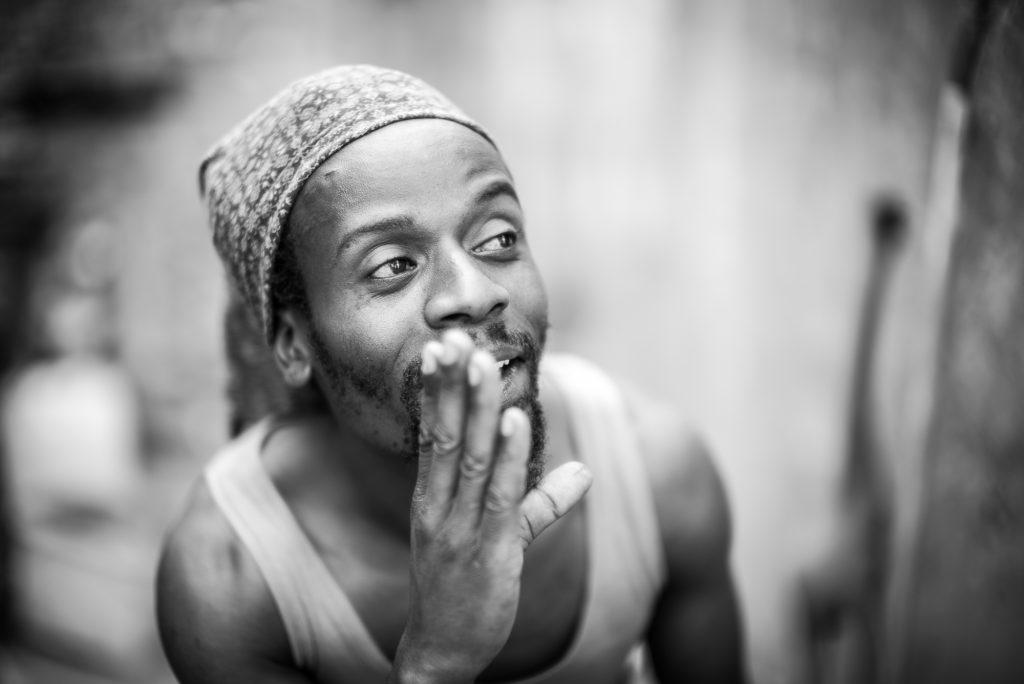 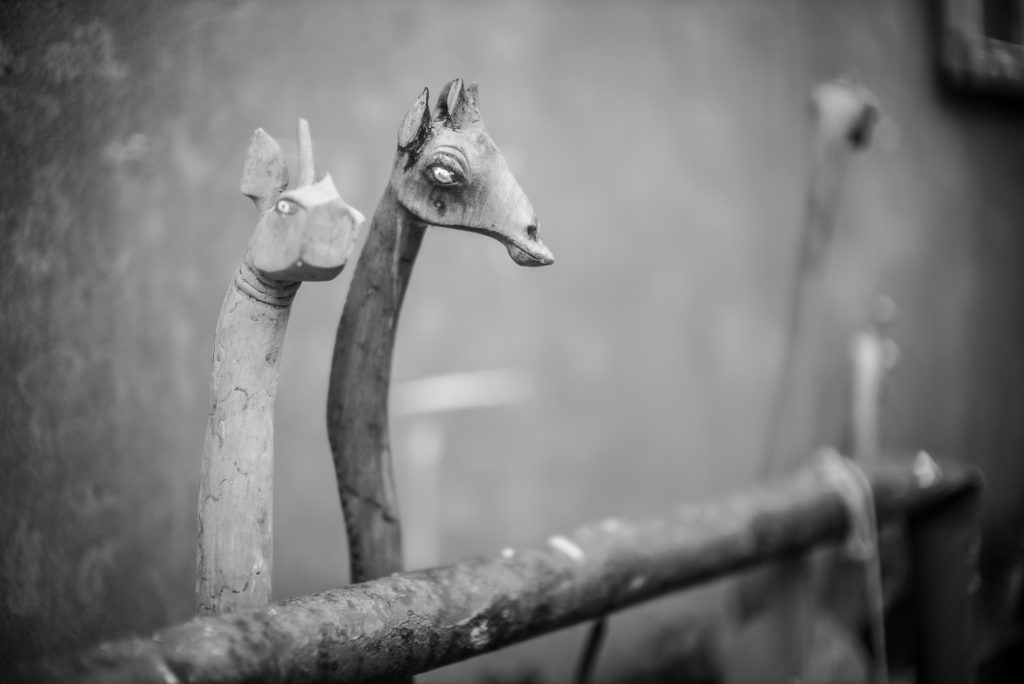 I’d been here before and photographed a few of the fascinating inhabitants including Dirk, who specializes in wire sculpture. He came outside for a smoke, and I chatted to him for a while and asked to take his photo. It turned out to be my favorite for the day and one of the two entries for my team in the final contest. 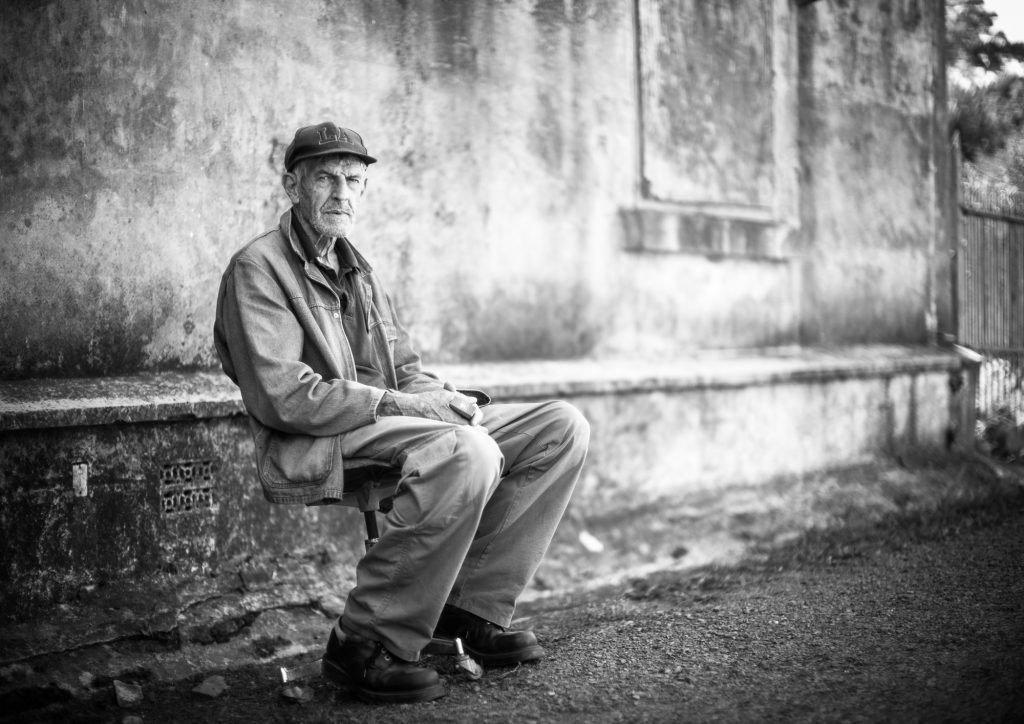 Finally, we hit the fourth clue, Center for the Book, before returning to the studio to edit. 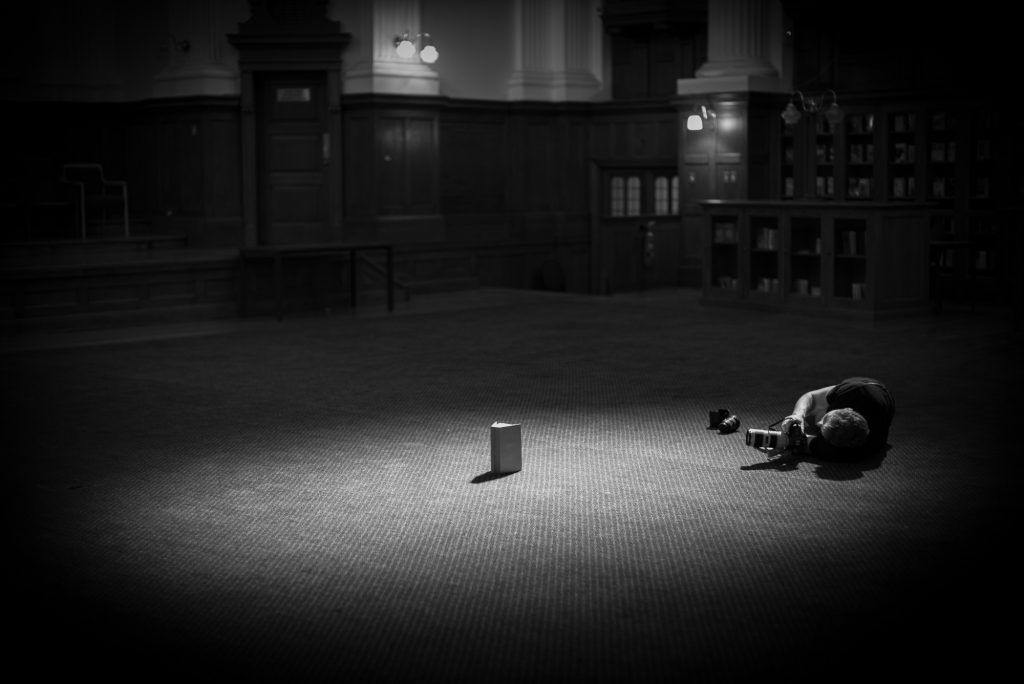 Choosing just two photos from our team from such a diverse set of images was torturous, but eventually we decided on two black and white portraits. Within a few hours, the prints were hung for the exhibition! Seeing the variety of pictures from the day all hung in one gallery was impressive. Best of all, my teammate Salaam’s portrait of a man from the Company’s Gardens won the show. The prize is a curated and fully funded exhibition to be shared among our team later in the year.

Back to the Leica Monochrom, I didn’t expect to like it. But I did! I’m not ready to give up color, but it was a fun challenge for the day. It felt so familiar in my hands, and I was surprisingly pleased with my shots. Returning it to Leica after the exhibition kicked off my painful M9 withdrawal all over again. Luckily, I only had to wait a little longer for my camera to return home from Germany with a shiny new sensor.

Here’s a write-up of the event from the Cape Times newspaper. 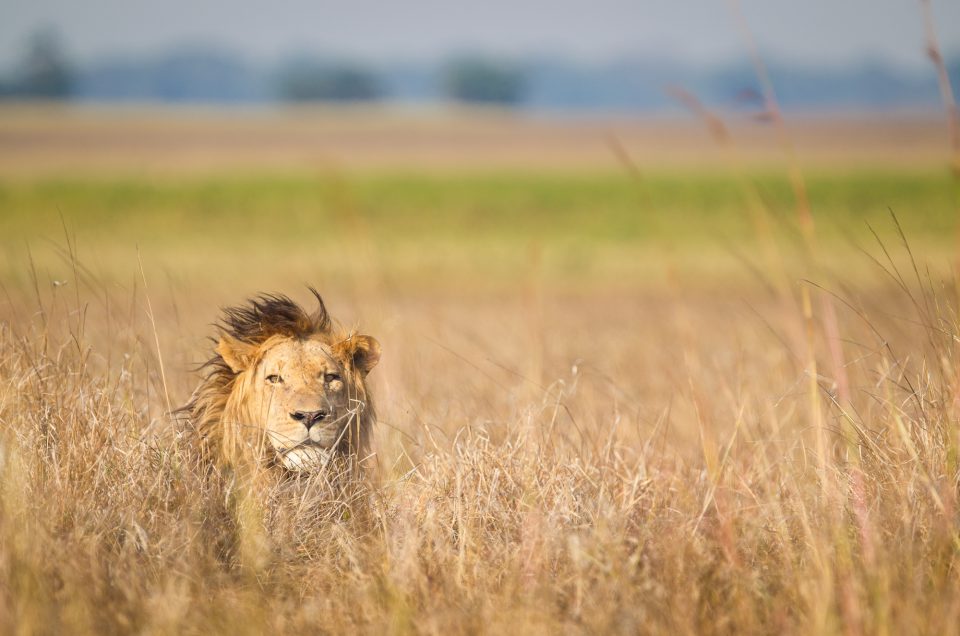